Because three is better than one, here I am announcing three new major changes that have happened in the past three months. I have been busy enough to not find the time to write individually about them, so here they go!

Since half april I started a new job at the University of Granada. I joined the Department of Zoology with an EMERGIA research grant, which is a 4-y contract that will allow me to build my own research group and get tenure eventually. I am really, really happy about it. The EMERGIA grant is highly competitive, only 6 positions were awarded for all Andalusia, and I was lucky enough to get one of those positions after the resignation of one of the beneficiaries. I heard about these news back in October but only now I have fully started this position. This grant comes with salary and also research funding to develop the ideas of my new project DEFNETCARBON. In this project I want to assess the effects of defaunation on the biomass and functional diversity of terrestrial vertebrates, and how this translates into the structure of ecological networks of plant-seed dispersers, plant-seed predators, and plant-herbivores. Also, if there are alterations in these biotic interactions we might find that key ecological processes such as seed dispersal and subsequent seedling establishment of animal-dispersed plants are impaired. What does this entail for forest regeneration, community composition, and the ability of tropical forests to capture carbon? Will we see a shift towards abiotically-dispersed and small-seeded plant species? Also, can we identify areas with high functional diversity, highly stable ecological networks, and high carbon density for conservation prioritization? I will carry out this project at the landscape level in the Juruá region (Brazilian Amazon) and at pantropical level leveraging information from a variety of datasets, including hunting impacts on local abundance, population density estimates, species traits, phylogenies, and carbon stock maps. For this project I’ll be working with Iago Ferreiro, who joined Estación Biológica de Doñana in March to do his PhD with Eloy Revilla and me. Other collaborators include Joseph Hawes, Carlos Peres, Torbjorn Haugaasen, Pedro Jordano, Luca Santini and Andressa Scabin. I am both excited and terrified (in a good sense) by the challenges related to fieldwork in such a remote region, but I am pretty sure we will have a blast and we will generate novel and interesting insights on the ecosytem funcioning of intact and defaunated forests.

Ana Benítez ·
@anabenlop
Second manuscript submitted this week!! Now time to enjoy the weekend and some fieldwork next sunday-wednesday! https://t.co/fOFJ9oCl5Q
View on Twitter 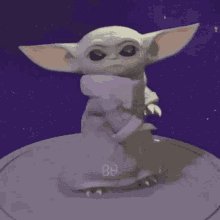 Ana Benítez@anabenlop
Manuscript submitted! This is my second paper as senior author and I am thrilled to see it published soon. In few days we will also submit another manuscript where I am the senior author. Both are almost accepted. So cool to help MSc and PhD students to get their work published. https://t.co/sPZSvgurFB
0
16

Ana Benítez ·
@anabenlop
Manuscript submitted! This is my second paper as senior author and I am thrilled to see it published soon. In few days we will also submit another manuscript where I am the senior author. Both are almost accepted. So cool to help MSc and PhD students to get their work published. https://t.co/sPZSvgurFB
View on Twitter